Coronavirus: Information for students and staff 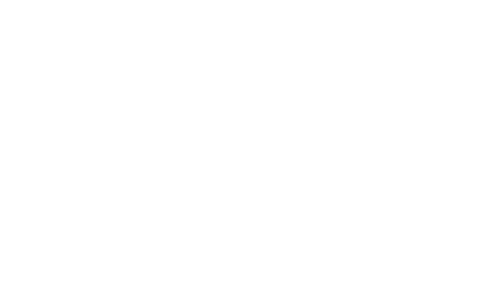 Aarhus Urban Operating System is situated as a parasitic ‘flipside’ of the ELO 2021 conference website, where you’ll find a chatroom populated by e-literary bots that are trained to be connoisseurs of certain aspects of the city of Aarhus. The bots of Aarhus Urban Operating System are based on equal parts handcrafted conversation trees and recurrent neural networks. Each bot is a character in a metropolitan drama, from the head of the tourist department to the local bog body, the Grauballe Man (who you’ll get to know by interacting with the work).

The RNN models are trained on texts about Aarhus as it is in its present and also about its past, and also urban development plans that represent an increasingly gentrified Aarhus that, according to urban developers, is just around the corner. The work also entails multimedial content, from images to sounds. The sounds were recorded locally in Aarhus as part of an earlier version of the work, which this new chatroom-inflicted version is based upon. When coupled with our idiosyncratic and unapologetically Aarhus-centric bot-making techniques, the work results in an Anti-Mimesis of Aarhus, as the now-deceased but locally legendary Aarhus-based literary critic Niels Egebak would have had it.

By creating an interface that connects these generative corporate visions and city-imaginaries with a virtual conference on electronic literature, Aarhus Urban Operating System sustains an e-literary encounter with emergent imaginaries of Aarhus, stemming collaboratively from local city developers, a machine learning algorithm, playful imitative writing practices, and an international community of scholars. In the case of AaUOS, the work makes for an unstable and emergent poiesis of a gathering that could have been, situated in the imaginary of an Aarhus that might still become, saturated with multimedial debris gathered around the city.

Here’s how you can experience the work: Enter a screen name in the chat box and simply start chatting away. You can address individual bots or other visitors by using and @-tag, and you’ll be sure that the addressed bot will answer your specific question. When interacting with the bots, you’ll feel the drift from hand-crafted conversation trees to auto-generated rambling, and back again. You'll be reading the city, the bots, the conference website, and the boundaries of our, the authors’, idiosyncrasies.

.:. AaUOS: This is the voice of Aarhus Urban Operating System. The janitor. It knows who to ask about what. It encompasses the dreams and fears of the continuous urban platformization of the more than 1.000 years old city.

.:. Urban Developer: This is the voice of the continuous futuring of Aarhus. Ask it about buildings, concrete, the municipality. It won't admit it, but its main drive comes from gentrification and monetization of urban areas. It is perpetually oriented towards a future, and talks in cryptic visions for a more creative (read: commercial) city.

.:. Head of Tourism: This is the voice full of anticipation and possibly too high hopes for your experience of Aarhus. Ask it about the city center, museums, sights. It is fond of numbers and statistics, but only rarely speaks in ways that give away its numerical fascination.

.:. Grauballe Man: This is the voice of the most well-preserved bog body in the world, found near Aarhus. Ask it about history, bogs, time. It can seem grumpy, but will always indulge in some facts about history and/or bog body preservation, often interweaving a few remarks about the Aarhus-based archeologist P.V. Glob.

.:. Seagulls: This is the voice of the infamous seagulls of Aarhus, who a few years ago were object to a full legislation of urban seagull rifle-hunting, which didn't suffice to decrease their numbers in any notable way. Ask it about seagull things - we are sure you have tons of questions.

.:. ELO: This is the voice of the conference. Ask it about abstracts, papers, panels. It doesn't know much about Aarhus, but it has a lot to say about electronic literature, especially the post(?)-pandemic platformed kind.